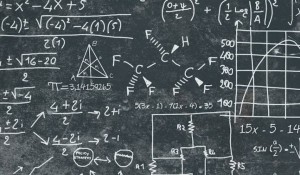 UC in Europe is complicated. When I use the acronym UC (Unified Communications) I’m taking a broad definition encompassing vPBX, hosted UC, UCaaS, and all the IVR, contact center, and web widget features that are used. The reason for such a broad definition is because enterprises use UC is so many ways, there’s a laundry list of features and capabilities from using regular phones (green button) with classic hunt groups through to multi-device clients using an array of collaboration tools. Yep, the definition includes collab features. As well as the user/enterprise portal, and the APIs to integrate the UC features into the enterprise.

Analysts and vendor marketing people will be facepalming in disgust given their definitions of ‘true UC’. Definitions generally set by what their product delivers, or major clients (everything looks like hosted VoIP when that’s your focus). In practice enterprises have a vast array of use cases, and enterprises are slowly learning that its all programmable so can be integrated into their IT systems and create their own workflows.

Between the US and Europe there are some obvious differences in UC such as contract length (US tends to be longer) and all the US tax calling codes means the billing engine for the US UC service provider is a significant undertaking. But those are quite small differences, compared to the differences with individual European countries and the diversity between those countries. The focus here is SMB (Small and Medium Business), 95% of enterprises and 60-70% of employment in most countries. Large/international/global enterprise have a different trajectory, some are more like countries these days. You can see some of those trajectories in the TADSummit 2017 presentation by Patrice Crutel from Cap Gemini.

Here is a quick whistle-stop tour of a few European countries:

Put simply, coming to Europe with a direct to enterprise UCaaS model will work for a niche, however, beyond that niche the go-to-market is likely on a country-by-country basis. UC in Europe; it’s complicated. At TADSummit 2018 (website coming soon) we’re going to be delving into this and sharing case studies from local champions on their recipes for success.

There are exceptions to the above statement. Let’s take Dialpad as an example. Their current strategy is targeting early adopters around the world with their “Kill the Desk Phone” tag-line. In some markets most early adopters already have a UC service, adoption has moved onto the early majority. Dialpad’s Kill The Phone Bill, once it moves beyond the Bay Area, will resonate well in some European markets, e.g. in France, as the competitive bundles mean businesses consider telephony as “free”.

But Dailpad’s home-run in Europe will happen on the back of G-Suite when Google buys them, you know its going to happen. G-Suite has broad based adoption across large, medium, and small businesses in Europe; and is in many telco and channel bundles. So Telcos, while you think your SMB telephony revenues are safe as G-Suite doesn’t do voice and Hangouts sucks, you’ll find those billions of Euro in SMB telephony eroding as DialPad is integrated regardless of what version of the G-Suite bundle you offer locally. Being bought by Google as a telecom focused company is a rather rare situation, Dialpad is an exception, for the rest understanding the complexity of UC in Europe is critical to success.