Alan’s career began at BT in the early ‘90s where he led a team that developed one of the first Video on Demand demonstrations over DSL. Once the BT board saw that their copper wires could support video services – actually it was a set of BT adverts – they realized the cable TV competitive threat could potentially be met. After many millions of dollars were spent on a grand trial, the conclusion was obvious; there was no business case for supplying customers with an E1/T1 line at $20 per month.

This baptism of fire encouraged Alan to focus upon finding profitable and compelling new services enabled by technology. To that end he was a driving force in the Full Service Access Network (www.fsanweb.org), an industry initiative including many of the world’s leading operators and suppliers to create a set of common requirements for broadband networks and services. Even today, nearly 10 years after the initiative started, those specifications are still in use.

At the end of the ‘90s he had the opportunity to help Lucent Technologies (and relocate to the US). Acting as an internal consultant, he led projects as diverse as architectural competition, portfolio rationalization and 3G solution development. During the industry boom this provided an intense learning period on now the telecommunications supply industry works. It was during this time the seed of an idea about presence began to form as he worked with 2 colleagues, together they would found Teltier, but more on that later…

While the Lucent stock was continuing its rise he was offered the chance to help build Cambridge Technology Partners’ telecommunication practice. What attracted him was CTP’s competence in real-time financial transaction systems, which could be applied to the emerging gateways and service portals being developed in the telecoms industry. So even though the boom was over Alan was able to grow the telecom practice, by transferring those IT skills into the telco domain.

By the beginning of 2001 the seed of an idea about presence had become a business proposition and Alan with his two colleagues from Lucent founded Teltier. The company built a proposition around a presence platform. Presence is unique to mobile networks, because the network ‘knows’ if a particular customer or device is ‘connected’ to the network. Their first customer pitch was to Vodafone, who were complementary about the merits of the platform, but there was a gap in the pitch. What was the business case for deploying the platform?

At that point the memories from working on VoD came flooding back. So he went away and created some simple presence enabled services. Such as if you miss calls while your mobile is off, when you turn the mobile on you can see that you’ve missed 3 calls from your sister, so you call her back. With these simple services, Teltier became a business, and was fortunate enough to be acquired by Cisco.

Alan has now built an established and respected international consulting practice with happy customers around the world. His projects range from one-day workshops to long-term contracts leading organizations in the creation of new businesses and services in the telecommunications industry. His plan is to create as many happy customers as possible, before focusing on building another business.

For more information and customer/partner feedback on Alan, check out the online professional networking tool LinkedIn.

Alan Quayle helps his customers in a variety of strategic and tactical projects, from supplier business development to service development for operators.

His capabilities span the development lifecycle from ‘bleeding edge’ technology evaluation and new venture development to market analysis of commercial services and solutions. 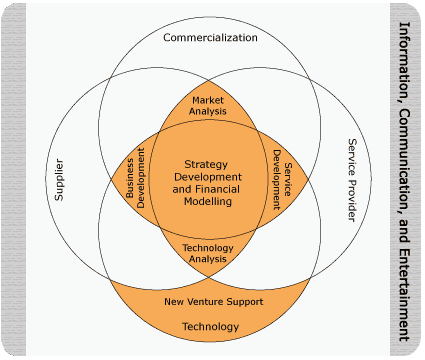