The purpose of this CXTech Week 21 newsletter is to highlight, with commentary, some of the news stories in CXTech this week. What is CXTech?  The C stands for Connectivity, Communications, Collaboration, Conversation, Customer; X for Experience because that’s what matters; and Tech because the focus is enablers.

You can read more about why we’re testing out this definition in the following weblogs: TADSummit State of the Union, What’s in a Name Part 1 and Part 2 discussions.

I wrap up the newsletter with a section covering, “People, Gossip, and Frivolous Stuff.”

Seeking Alpha’s take: “With Vidyo having raised in excess of $170 million from its investors and Enghouse paying $40 million, Enghouse likely got the better end of this opportunistic transaction.”

The Vidyo story is an interesting case study on a number of levels. I know it’s got many in the CXTech space thinking about how it relates to their own valuations after the impressive Zoom IPO 😉 So let me do a quick categorization.

I first worked on scaleable video coding in 1992 on a European research project focused on compatible coding between HD, ED, SD, CIF and even QCIF resolutions for TV. I mention only to say the tech has been studied for 30+ years. SVC (Scaleable Video Coding) is not that bright, new, and shiny, rather its the real-time and works on you laptop/phone bit that was (and yes, Moore’s Law applies to that). However, Vidyo do have a few tens of patents in this space, so for a patent-troll there’s likely some business. But more importantly it highlights the trend that technology half-lives are getting shorter and shorter. So the SVC edge diminished over the lifetime of the business.

Also the WebRTC business is tough. I remember naively thinking at the start of WebRTC in 2009 it had the potential across browsers to create a decentralized communications infrastructure. Here we are in 2019, the code base of the open source WebRTC project is used across CXTech. However, the browser API has struggled as the browser owners “do not play well with others”. So Vidyo’s relationship with Google was essentially PR.

As a side note, I find it ridiculous that the opus codec isn’t mentioned in voice over 5G. Or as the bell-head geeks use, VoNR – where NR stands for New Radio, <shakes head at the dumbass nomenclature>.  I may have missed something in the obtuse way standards are written to purposefully exclude people who were not in the meetings, but on a quick check I see no mention.

Temasys and Vidyo (Vidyo.io bit of Vidyo) are more similar than Vidyo is to Zoom. Zoom’s core thesis is Webex will become comparatively crap as a service (a new CCaaS acronym!), enterprise customers will love freemium (Mailchimp is an example), and if people use video collab it should just work (which was how their technology edge was realized). SVC-like tech is part of Zoom’s solution, but the focus in not on functional components, rather customer experientable differentiation. That is, the video just works and doesn’t gum the audio up.

Zoom’s business is conferencing, video is the nice differentiation, but it’s a conferencing business. Just look at the minutes of voice versus video conferencing. Temasys and Vidyo are both solidly video conferencing enablers. Vidyo also focused on the video collab services, and has been quite successful in the healthcare segment and to a lesser extent financial services. It generally broke-in when video was the core of the project. While Zoom addresses the much broader and well established conferencing market, replacing the ‘CCaaS’ Webex and Skype for Business (seriously, joining the conference in mute with a tiny notification!).

This all seems so subtle at a high level, they’re all video collaboration providers, just some execute better than others. However, the devil is in the details.

The upshot is important, platform / enabler plays in CXTech are getting tougher. Twilio shows you need to move up the stack into services. VoIP Innovations Showroom leads the way even further, making it easier for their resellers to sell VAS (Value Added Services) to enterprises large and small. If you’ve followed me for any time, you’ll know my rant about, “its all about the services.”

But the valuation of Vidyo is tough, its valued like a professional services company. In my opinion the CEO was likely incentivized by completing a transaction with valuation being a secondary component of the bonus, i.e. making $1.6M on the deal today rather than $2.0M (possibly tomorrow if I’m still in the job) if the valuation was say double.

What does the future hold for Vidyo? I really like their core engineering and product teams, it’s an asset, they understand the market and have built good products. We helped them at TADHack. Enghouse interactive has an establish enterprise comms business, and Vidyo extends their portfolio. Vidyo also has some great international deployments, so perhaps they can help Enghouse expand faster internationally? Most call center deployments I talk with see video as niche (high value customers / transactions) as it clogs up the cheap computers they use for their agents. So Vidyo will be complementary to Enghouse’s existing deployments, and expand beyond the early adopters of Healthcare and Financial services over time.

If you’re in the CXTech business and focused on APIs, its time to get focused further up the chain (I’ve been pointing this out for years) with business models that either have you front and center for the end-customer relationship, or an extensive reseller ecosystem who love you.

Sometimes it the simplest of propositions that sells, e.g. video conference equipment, not cloud services. Lifesize have been around since 2003. I see their equipment in the off-shore development offices of US corporations.

Looks like Dialpad is anticipating no Brexit 😉 Its great to see them putting feet on the streets in Europe. In 2018, the company saw 289% channel revenue growth and 358% new channel customer growth. Channel is becoming an important part of Dialpad’s revenue growth, especially outside the US.

This is important for trial before you buy, and many businesses are naturally worried about loosing control of phone numbers they’ve had for years if not decades in moving to a UCaaS provider. Zoom is expanding beyond its conferencing focus into more of the enterprise comms market as explained in previous CXTech newsletters.

Ooma also recently bought Voxter, Canadian UCaaS provider, I remember when Voxter was an Aastra reseller in 2007 or 8 🙂

Another example of moving up the services stack, as well as consolidating UCaaS and some CCaaS functions for the SMB. As I mentioned last year, quoting Apifonica / Dzinga as an example.

I disagree with the 2.0 postposition as CPaaS is too nebulous a category. And what is described in Brightlink’s offer has been available on the market for years. It’s another example of poor marketing, not lies as we saw with CliqueAPI, rather it demonstrates a lack of understand by their marketing group of the market they are in.

Jeremy Slater is based in London and will manage Sales and Indirect Partnerships for Dialpad’s new London office. He joins Dialpad from Zoom, and prior to that BlueJeans, where he built a track record of growing UCaaS revenues.

Russel Bigg joins Dialpad from Pexip and prior to that West Corporation, where he led the channel team and partner ecosystem to 70% growth in 1 year. Biggs, based in London, will build out Dialpad’s Europe specific partner program.

Timothy Puccio, previously with Carbonite, as now vice president of global channels and alliances at Fuze.

Khoi Nguyen is now head of product at Broadvoice.

Five9 vs. TalkDesk – How do they Measure up? (Brian, I can see your photo in one of the pictures)

🙂 Brian Schnack is the director of product management at Five9, and you can see him in the Five9 example screenshot given in the comparison between the products. I wonder if it’s Brain who did the briefing?

It’s hard to compare CCaaS platforms given the complexity of the deployments, and variety of customer needs. The bigger you are the more you dominate analyst, press and event revenues. Hence the slightly one-sided comparison in this article 😉

My recommendation remains on choosing between CCaaS providers is understand and quantify your needs first; do your own comparison based on quantified facts not opinions; and make a thoughtful quantified decision not a belief-based decision influenced by FUD (Fear, Uncertainty and Doubt). You may find a local CCaaS provider can fit the bill better than a global player as the benefit of the latest gee-whizz AI whatchamacallit is outweighed by the cost savings and risk reduction made possible by an established local relationship. As always in life, know thyself is the most important first step.

And on a final note, ignore all industry awards. They are bought and paid for. Know thyself! 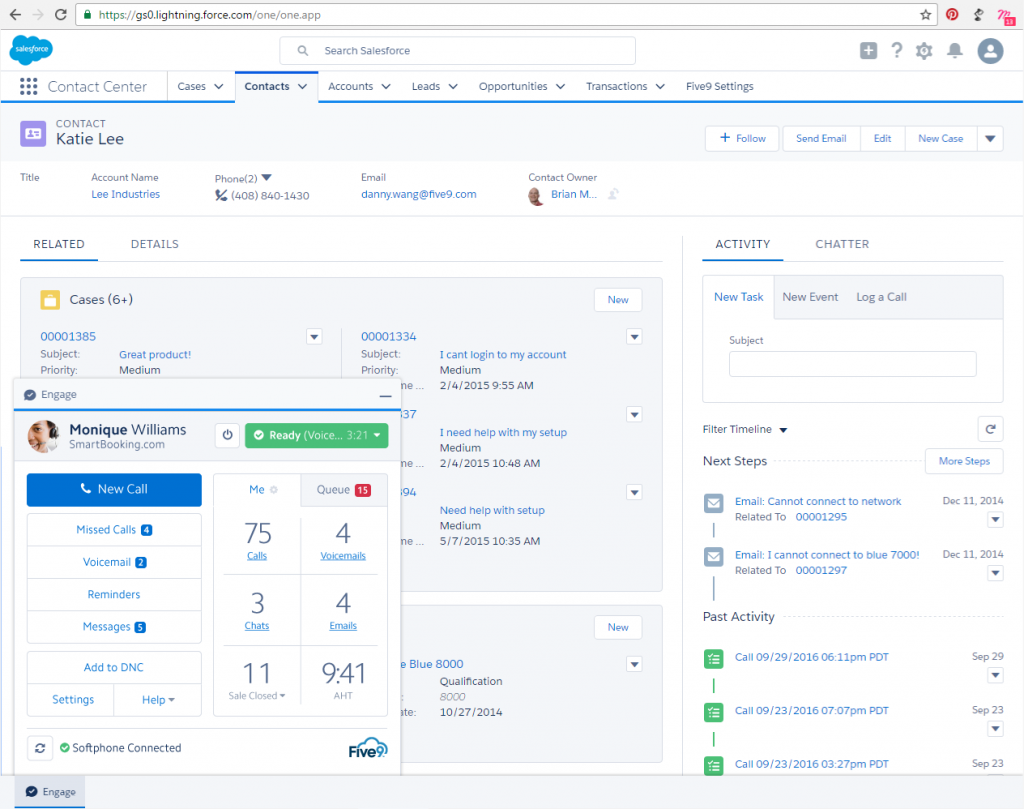