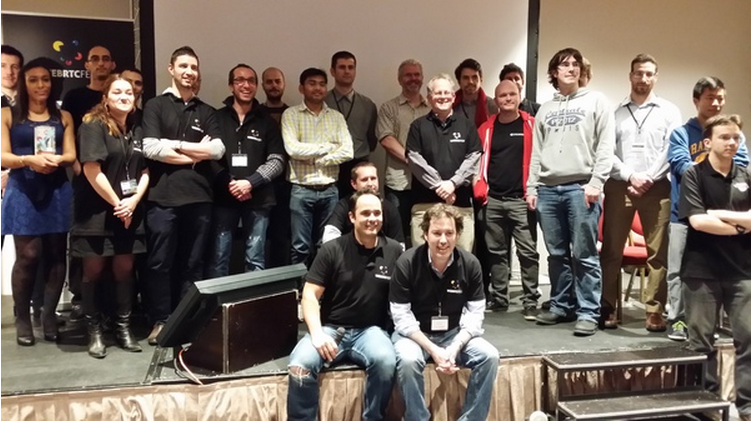 WebRTC Paris is a 3 day event, focused on the European WebRTC community. Compared to the US events it shows Europe is as, if not more innovative than North America, has a lot less hype, and is definitely more focused on the practical realities of implementation. An important theme that came out from both Telcos and Developers is WebRTC allows them to play with communications. This was mentioned in the presentations from Sebastian Schumann (Slovak Telecom) and Fikri Firat (Garanti Teknoloji); as well as a theme from the round table at the end of day one across Patrice Crutel (Bouygues Telecom), Paulo Chainho (Portugal Telecom), Maurizio De Paola (Telecom Italia), Sebastian Schumann, Stephane Tuffin (Orange) and Joachim Stegmann (Deutsche Telekom).

It was great to see developers sharing their experiences of working at the coalface of WebRTC in highlight the technical strengths and weaknesses such as cross browser issues (e.g. limits on data packet size between browsers as mentioned by Viblast), missing features (control from headsets as mentioned by Wildix).

There was lots of telco involvement in the event, generally in the experimental stage focused on extending existing products with WebRTC, though Sebastian from Slovak Telecom stands out in a more experimental approach. An important learning for the telcos is RTC is so much more than telephony and they must use small partners to innovate effectively. WebRTC appear to be an important tech in opening telcos to greater innovation.

The morning of Day 1 was training. Dan Burnett, Standards Play, gave an important update covering important practical considerations such as selection of output device (an interesting point came up in the Wildix session on their use of TAPI/SIP to enable headset control of hangup – definitely an area which requires more work), the use of promises for async APIs to avoid applications hanging, and much work required on screen sharing (second most requested feature for Chrome).

There were many great demos, with Matrix.org winning most innovative prize. For me Matt demonstrated the reality of hacking on WebRTC as he presented, coded, recompiled, messed up, and repeated several times, and as I was wrapping up the session he got it working – just under the wire to thunderous applause from the audience.  Its still early days, but WebRTC really does enable people to play with real time communications, play is critical to innovation.

On the evening of Day 2 we had a hackathon, WebRTCfest, with 150 registrations and 5 hacks presented as described here, with 4 winners.  Bruno Delb gave an impressive demo of calling to drone control.  There were also great hacks from students on synchronization of video streams using WebRTC and improving CRM. Togetheroo showed great mash-up of online family gaming and webrtc. Well done to Luis, Apidaze, and Arnaud, Bistri, for organizing.

My presentation, shown below, shared the challenges faced by developers in using WebRTC, as well as a survey of developers from TADHack aware but not developing with WebRTC to understand their experiences. I reviewed a model (analogy to American history) of how WebRTC will develop, as I consider Geoffery Moore’s crossing the chasm model inaccurate for this embedded technology, Moore’s model being more applicable to a single product. My final message is we need to focus on helping not hyping developers in 2015, getting them focused on use cases what WebRTC (given its current limitations) works.  Paul Brittain from Metaswitch gave some great advice that WebRTC aids infrequent communication use cases.

2 thoughts on “Summary of WebRTC Paris”