The purpose of this CXTech Week 48 newsletter is to highlight, with commentary, some of the news stories in CXTech this week. What is CXTech?  The C stands for Connectivity, Communications, Collaboration, Conversation, Customer; X for Experience because that’s what matters; and Tech because the focus is enablers.

Tiyani Nghonyama, chief operating office of Geekulcha, has been named as the IT Personality of the Year by the Institute of Information Technology Professionals South Africa.

Congratulations to Tiyani Nghonyama, chief operating officer of Geekulcha, who has been named the IT Personality of the Year by the Institute of Information Technology Professionals South Africa (ITPSA).

Tiyani has supported TADHack Global for many years in South Africa. This award is well-deserved, and shines on everyone involved in TADHack Johannesburg. Including the whole Geekulcha team, and from MTN Elijsa van Niekerk, Yusuf Kaka, and Charles Molapsi. 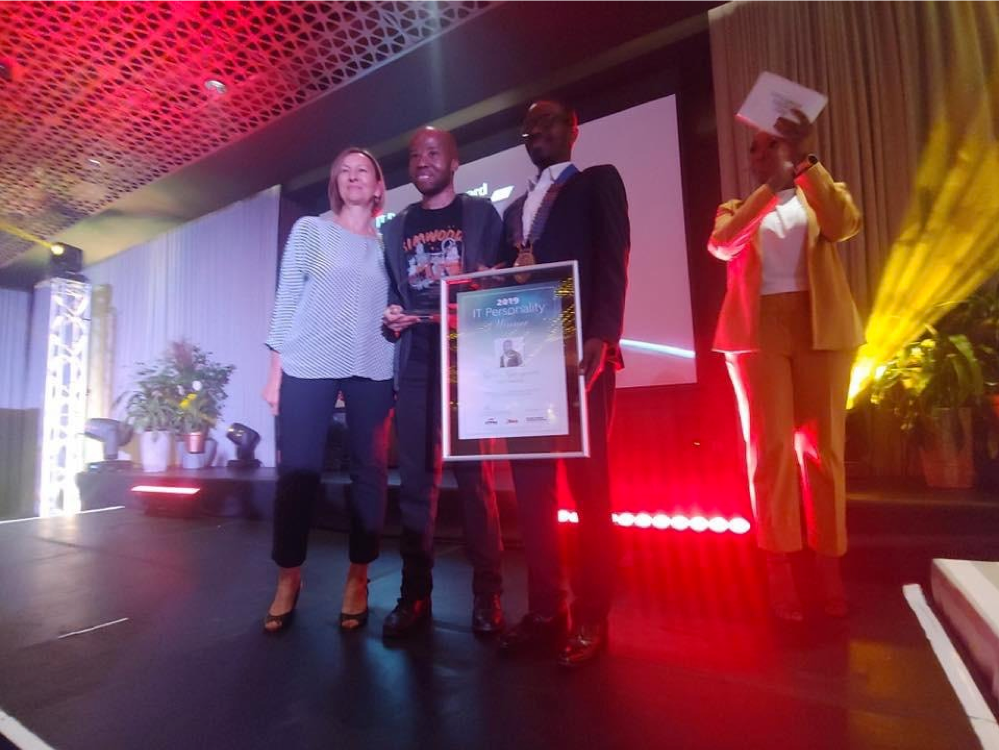 TADSummit began in 2013, focused on Programmable Telecoms (Telecom APIs back then). We get a diverse mix of people, with telcos, CPaaS/UCaaS/CCaaS providers, developers, and enterprises. The diversity and the small size (about 70 in total this year) create an insightful and fun event.

A big thank you to our sponsors Wazo, VoIP Innovations (now Sangoma), TeleSign, Automat Berlin, SiPalto for making TADSummit EMEA possible; IdeaLondon for the location; our many partners for promoting TADSummit EMEA; and everyone taking part.

Here are summaries of TADSummit EMEA: 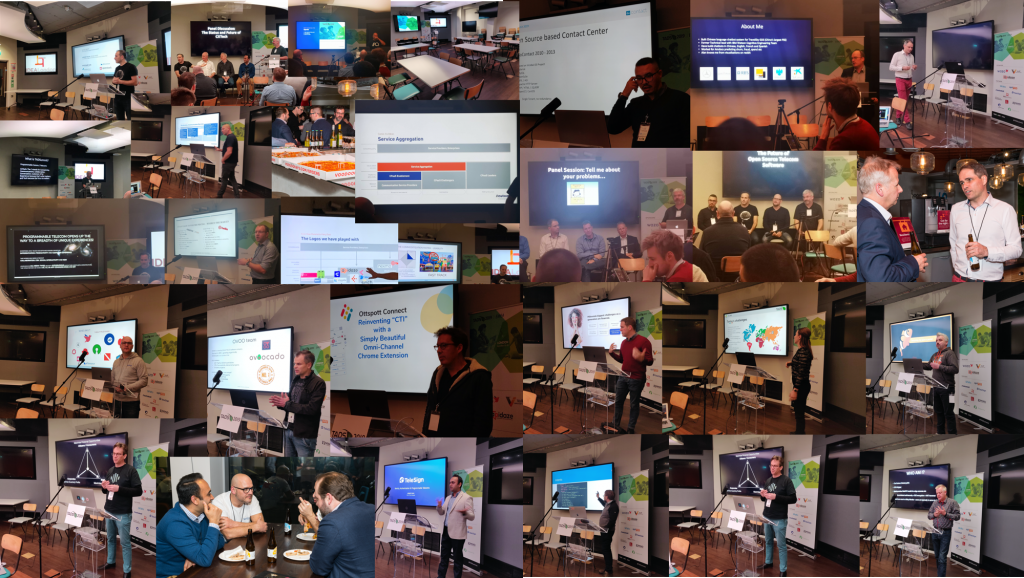 During TADSummit EMEA, we managed to squeeze in a Hot Telecom interview by Isabelle Paradis, where I explained a little of TADSummit’s history and its relevance for telcos / carriers. Bottom-line, you have to roll your own services, as the providers telcos’ are reselling now compete with them. Open Source telecom software is ever more important to the future of carriers’ communications services.

Telesign is on a roll, with Bougyues and Proximus Partnership announcements for its Mobile Identity Products

Telesign’s Mobile Identity products are on a roll! With lots of interest at TADSummit Americas, TADSummit EMEA, and TADHack Global across developers and innovators in programmable telecoms. They’re winning over the telco industry with Bouygues being the latest partner.

Kaleyra are traded under the ticker symbol “KLR”.

Sangoma reported its first quarter fiscal 2020 results last Thursday, featuring quarterly revenue up 31 per cent year-over-year to $28.0 million, a record for the company’s Q1 revenue. Net earnings per fully diluted share were $0.013 compared to a loss of $0.019 during Q1 of fiscal 2019. This is their 19th straight quarter where revenue was up year-over-year.

The $28.0-million top line was above Kwan’s (PI Financial) forecast for $27.3 million and in line with the consensus opinion, while adjusted EBITDA of $3.7 million —a 46 per cent increase year-over-year— was also above Kwan’s estimate of $2.9 million and the Street’s $3.0 million.

Kwan is reiterating his “Buy” recommendation and raising his target from $2.70 to $2.85, based on a 9.0x multiple of his fiscal 2021 adjusted EBITDA estimate (previously his calendar 2020 estimate).

Likely Gamma bought them for the CCaaS product. Gamma like most telcos are struggling with margin compression as reselling services from competitors is a tough business model. So this gives them a product they can own. As well as some higher margin telco revenues.

Can RingCentral’s Formula Continue into 2020?

RingCentral’s stock has nearly doubled since the start of the year. For the third quarter of the year, RingCentral’s revenues grew 34% to $233.4 million, ahead of the market’s forecast of $221.3 million.

RingCentral continues to deliver on its growth targets through several tie-ups. The biggest news on the front was its tie-up with Avaya. It’s a charmed life, RingCentral partners with telcos (AT&T and BT) as examples, and it also competes with those telcos as it sells direct.

The situation is a little more complex as BT and AT&T sell big bundle deals to large national and multi-national businesses that pay for peace of mind. Though in the mid-market segment and those with a competence IT department will realize its perhaps a premium they can live without.

As Gamma above shows, some telcos are realizing that there simply isn’t the margin there once was in enterprise telecoms. The reselling game, and reselling a competitor, is no longer viable. Hence why some of the companies at TADSummit, e.g. Wazo, can solve that problem using open source. Telcos move slowly so 2020 will continue with 33% growth for RingCentral. But 2021 could see the rise of open source in giving service providers control over their future, than reselling a competitor.

Congratulations to John Elliott who is now Director Strategic Account Sales at Nuance. John was previously with VoIP Innovations that was sold to Sangoma. I’ve known him since he led sales for Tropo. This is a home-coming for John as he was with Nuance from 2001-2007.

Well done Grigory Petrov, who is now developer relations a Evrone (web design and development). I’ve known Grigory since his time at Voximplant, where he did an amazing job running TADHack Moscow in 2016.

Eric Burger has moved on from being the CTO of the FCC and is now Assistant Director at White House Office of Science and Technology Policy.

Scott Udell is now Global Head of Product Management – Shark Robotics at SharkNinja. I’ve know Scott since his CTP days back in 1999.

Rhys Arkins is now Director of Product Management at WhiteSource.