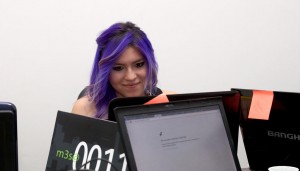 Amara’s Law states, “We tend to overestimate the effect of a technology in the short run and underestimate the effect in the long run.” Another way of looking at this law is the cognitive biases of attention-bias, confirmation-bias and herd-instinct; which tend to make new ideas overly popular with fanciful claims believed on when benefits can be realized. While older technologies are considered irrelevant, commoditized, uncool; while they are finally starting to make a difference in the world.

BTW, Wikipedia has a fun list of cognitive biases, given the long list it shows thinking can not be taken lightly, its an important skill / profession. But back to telecom democratization.

For over a decade now the prediction that telcos are dead has been made; kicking off with the Economist article in 2005, ‘How the internet killed the phone business‘. And here we are in 2015, and revenues continue to grow. The Internet, VoIP, SIP, Facebook, Google, WebRTC, APIs, Apps, etc. have all been heralded as the technologies and services of telcos’ imminent doom. And they are not, well not yet.

BUT, what all these technologies and services have done is enabled Telecom Democratization. A trend almost ignored because its not a cool new idea using cool new technologies. Through this year TADS (TADHack and TADSummit) has shown Telecom Democratization is cool, you can do amazing things with it, and we see more innovative businesses being created than ever before using telecom capabilities. At TADS we bring together diverse groups of people with diverse experiences to both create amazing new services and share the new businesses they are building – all using telecom capabilities.

Telecom Democratization means people from everywhere around the world are doing amazing things, its a great time to be involved in telecoms. Below are just a few examples of the hundreds demonstrated this year at TADHack and TADSummit. And here are our plans for TADS in 2016, please join in the fun!