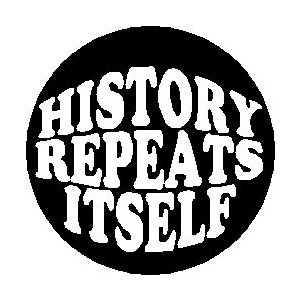 Better late than never, I’ve finally got around to the BBWF (Broadband World Forum) summary.  No 2014 trends weblog this year, its simply become too passé.  I’ll likely do something in the summer on trends.

BBWF is a great litmus test across the whole of the telecom industry.  This year the theme that hit me was “history repeating itself”.  I also think the chatter taking place is even more silly / contrived than usual; it stems from the big revenue hole many of the NEPs (Network Equipment Providers) see in 2014 as LTE deployments move from set-up to incremental growth.  So what’s the next big thing to drive revenue?  LTE-A is an increment on LTE.  And the suppliers appear to have walked away from helping operators grow revenues, rather the focus is on NFV (Network Function Virtualization), SDN (Software Defined Networks), SON (Self Organizing Networks), network slices, and avoiding talking about capex savings (that is spending less with the NEPs) rather nebulous operational and monetization opportunities.

My favorite tweet from the event was from Ray LeMistre after what must have been his umpteenth analyst briefing on SDN, introducing the acronym SDFN (you can guess what the F is for).  But seriously, there is a dichotomy here, operators want to drastically lower their costs through NFV and SDN which means less money goes to the NEPs, yet the NEPs keep talking it up with a range of bells and whistles like SON, network slices, C-RAN, het-nets, small cells and other apparently CAPEX intensive activities.

Server virtualization has been existed for years, it’s what VMWare built their business on.  Their hypervisor dominates the market, Microsoft Hyper-V is next (generally smaller businesses) and Citrix with Zen making up the rear.  KVM is still a relatively small part of the market, but with a very active community behind it.  There’s storage and network virtualization, but let’s focus on the biggy, those expensive server blades.

In other industries a VMWare sales person goes to the CIO and says, “See your server bill for next year, I can reduce it by 70-80%, which means you get a really big bonus.”  That’s it, the pitch is nothing more, and CIOs, even telco CIOs, have been awarded big fat bonuses for lowering their costs year over year.  For those nay-sayers that still maintain telcos are special, see the slides from the recent API conference by Thomson Reuters on the fact that Telcos are NOT SPECIAL, I repeat telcos are NOT SPECIAL, you’re an industry vertical in IT.  Back in 1999 when I was the managing partner for the telco practice at Cambridge Telecom Partners we made good money taking off the shelf IT technology that we’d used for the financial services industry and sold it into telco at a fraction of the costs of the NEPs that were still selling big iron projects with custom hardware and software.

So history is repeating itself, we have the NEPs mis-focusing on business transformation, didn’t the failure of the TMF (TeleManagement Forum) on the business transformation hype here teach us anything?  With cloud, NFV and SDN all going hand in hand to realize the transformative operational benefits….  Aghhh!  The savings are simple.  Copy what the Telco’s CIO has been doing and save on your capex.  The opex savings are much harder to come by and there’s still much work to do.

Some of the topics that popped up through the event and shown in the slides below include: